Last week, Secretary of Education Betsy DeVos addressed a crowd at George Mason University about Title IX. While no particular policy changes were announced during her speech, DeVos did announce that “the era of rule by letter is over”, referring to the Dear Colleague letter of 2011, a document released by the Office for Civil Rights that has since been used as a survivor-centered guideline of initial reform for universities dealing with sexual assault cases. The letter is a reminder to those involved in sexual assault investigations that Title IX law must be adhered to. Under this, the message was clear: take sexual violence on campus seriously. Now, according to DeVos’ speech, that message has become murky at best.

We analyzed her speech and pulled out the instances where rape culture is front and center. Some of them were frighteningly easy to miss – a testament to how embedded rape culture and victim blaming are in our daily lives.

What You Can Do

The comment period closes on September 20th, giving us just  8 days to make our voices heard.

Join us as we take action and speak out against the roll back of Title IX protections for survivors as a way to preserve safety of students on campuses across the country. 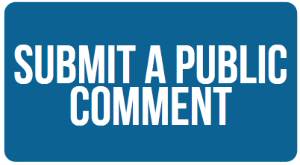