Believing Survivors Of Sexual Assault Does Not Equal A "Guilty" Verdict 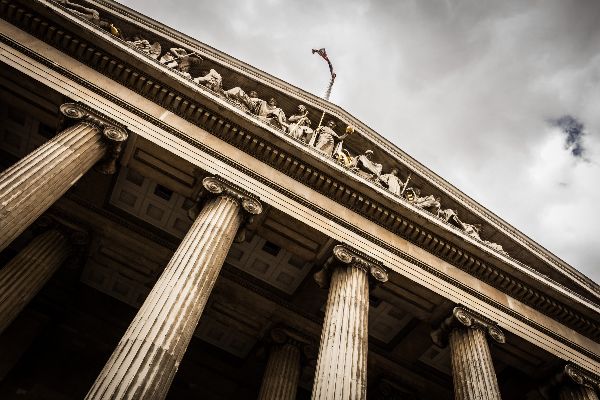 If there’s a phrase we say more than any other at The Blue Bench, it’s “believe survivors.” Often, survivors of sexual assault first tell someone they know about their assault, and if they aren’t believed, they won’t tell anyone else. This can mean that the survivor won’t report or seek counseling or other support services, leaving them completely isolated in dealing with their trauma, which can be incredibly overwhelming.

Therefore, believing a survivor when they tell you that they have been sexually assaulted is critical. One caring and positive experience of sharing their story can set a survivor on a trajectory toward healing.

It’s important to understand that survivors are telling the truth the vast majority of the time. Statistics show that 90-98% of reports of sexual assault are found to be true, which is the same for other violent crimes.* Meeting a survivor’s story with empathy and belief is a valid response.

In addition, telling survivors that they are believed has less to do with the perpetrator’s “guilt” and more to with supporting the survivor. The Founding Fathers strongly believed in protecting those accused of crimes, and the criminal justice system in the United States was built on that premise. This is why the criminal justice system has a high bar for proving guilt. But, as a loved one or advocate for a survivor, it’s our role to make sure the survivor who has shared their story feels supported and empowered.

Furthermore, most survivors of sexual assault do not report the crime to law enforcement; 77% of sexual assaults in the United States go unreported.** You may be the first – and perhaps only – person a survivor shares their story with.

Whether someone is found guilty or innocent in the criminal justice system does not reflect whether or not a survivor’s story is true. Believing survivors says nothing about a perpetrator’s innocence or guilt, but it says everything about how we view sexual assault. Believing a survivor can empower them to heal and end the stigma around sexual assault.

All it takes is saying “I believe you.”

Are You Ready to Start Believing?  Join us on April 3 for Start by Believing Day at the Webb Building Atrium in Denver between 10am and 1pm. Enjoy light refreshments and take the pledge to always believe survivors of sexual assault. You can also take the pledge at https://www.startbybelieving.org/pledge/.