Warren Village Becomes the Newest Home of a Blue Bench

Warren Village, a Denver-based nonprofit that helps low-income, single-parent families make the journey from poverty to self-sufficiency, became the most recent home of a blue bench. The bench, which symbolizes a community commitment to ending sexual assault and supporting survivors, can be found on the porch of the organization’s administrative building.

The bench and its placement was made possible by a donation from Joe Kelso. Mr. Kelso became familiar with Warren Village while working with the US Department of Housing and Urban Development out of the Denver regional headquarters. Now retired, he was proud of the support his office offered to Warren Village and its successful program and is honored to provide the organization with this important symbol.

“Our goal is to place blue benches throughout metro Denver,” said Karmen Carter, executive director of The Blue Bench, metro Denver’s only comprehensive sexual assault prevention and support center. “Individuals experiencing homelessness or unstable housing are more vulnerable to sexual assault and abuse than the general population. This is especially true for children.[1] Warren Village’s work of providing single-parent families with safe and affordable housing as well as a path toward self-sufficiency, makes it an especially fitting home for a blue bench.”

Benches have also recently been installed outside of North High School and Rose Medical Center.  Others can be found on the Auraria and Regis University campuses, outside of Empower Field at Mile High, Stanley Marketplace, and more. The Blue Bench has a goal of placing forty benches across metro Denver.  For more information about The Blue Bench Campaign, contact Chase Whisenhunt at 303.329.9922 ext. 316 or cwhisenhunt@thebluebench.org. 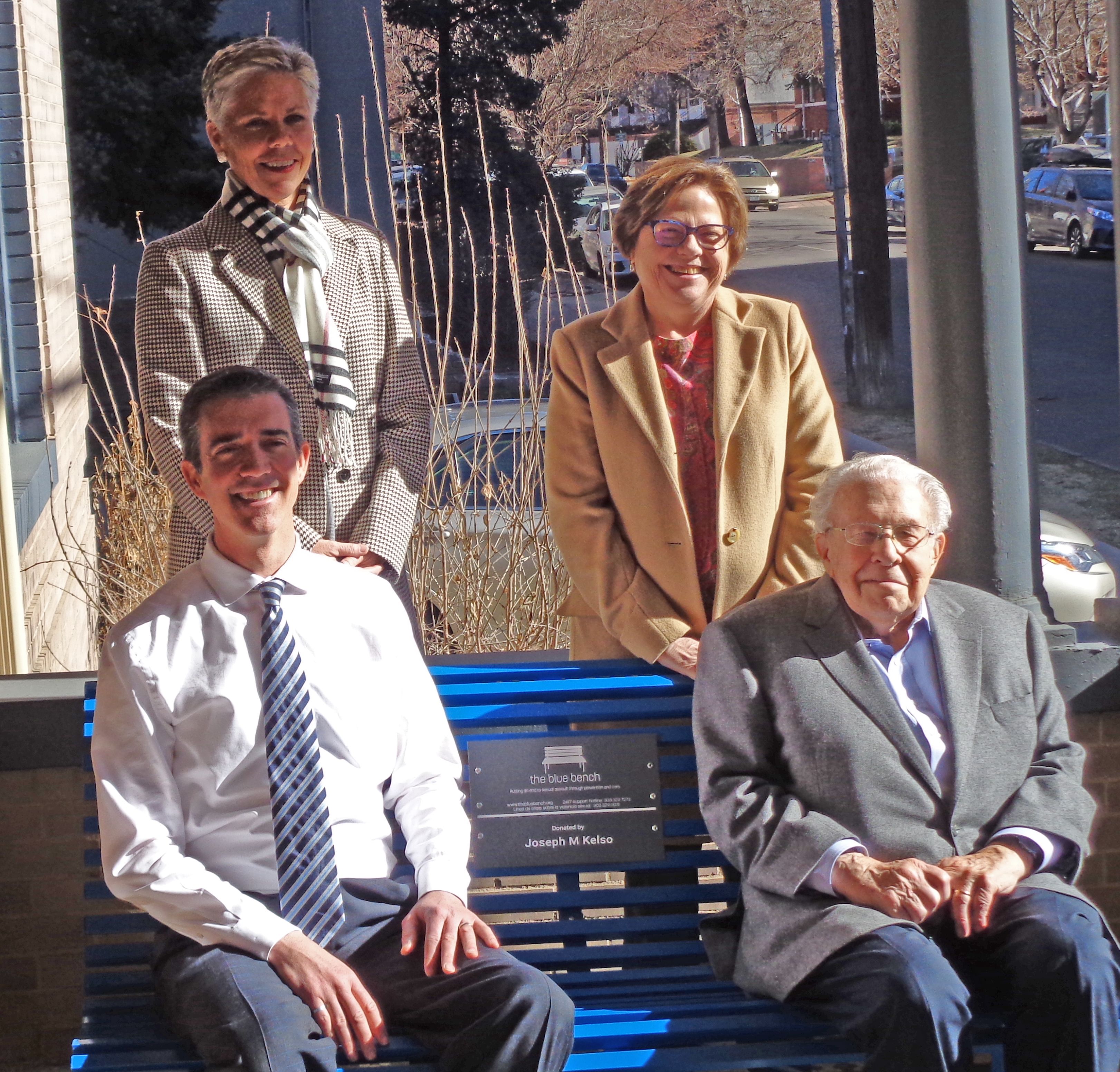